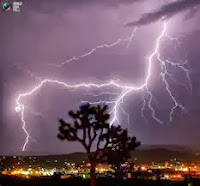 Well actually that should be "To Die From." I came across some statistics that gave me pause - mostly because the methodology was unclear. So ... I wasn't sure what they meant. For instance, lightning. Does that mean your odds of being struck are 1 in 10,000 or for every 10,000 people who die, one death is attributed to lightning. I don't know.

Dying in a car accident: 1 in 98
Now we're talking. Driving or riding isn't safe, and the drive to the airport is much more dangerous than the flight.

What I'd really like to know is whether I need to fear being killed by aliens. If so, I'm going take making that aluminum foil hat much more seriously.